I laughed and I cried

I have been thinking about Chaz Bono being on Dancing With The Stars from the time I saw a boycott of DWTS on a FaceBook post. All I could think was how brave he is, on so many levels. Another FB "friends" said "HE/SHE IS REALLY GROSS TO ME. I CAN'T STAND TO WATCH HIM DANCE! " and I was repulsed by the words and then thought how very sad for that person and for society. For the very reasons that Chaz disgusts some people, he is heroic to me. And now I know it is okay for me to have that opinion.
I was so moved by this dance, especially knowing his backstory from watching his documentary. He worked to accept himself for who he is, had the courage to change his gender to be in the right body AND that his mother came and supported him after she accepted his transition.
I cheer for his road to authenticity as I cheer my own and anyone else's.
I know his dancing skills are not up there with the best but his spirit shines through. He appears to be a kind, shy man. And afterall, it's a reality show for gosh shakes. Bristol Palin and Kate Gosselin did not stay around for weeks because of their abilities. Chaz will eventually get voted off but in the meantime, I root for him (and a few others!)
Posted by C Golightly at 6:44 AM 1 comment:

“Your time is limited, don’t waste it living someone else’s life. Don’t be trapped by dogma, which is living the result of other people’s thinking. Don’t let the noise of other’s opinion drown your own inner voice. And most important, have the courage to follow your heart and intuition, they somehow already know what you truly want to become. Everything else is secondary.”

-– Steve Jobs
I didn't really know who he was until he resigned at Apple. Dunham began using Apple computers exclusively, so George and I have been transitioning our home computers and I have become a devotee.
I had read the above quote before and it was a spark for me but after his death I examined it again.
His quote is exactly what my journey of the last few years has been about. I did not know I was trapped in other people's thinking. I had to really examine hardcore what my beliefs were, allow them to come to the surface. I then being paying attention to my intuition when other people's "stuff" in my head began dying down. The "supposed to's"and "should's" fell by the wayside. And it takes time, but so worth it.
Posted by C Golightly at 4:50 AM No comments:

50th Anniversary of Breakfast at Tiffany's 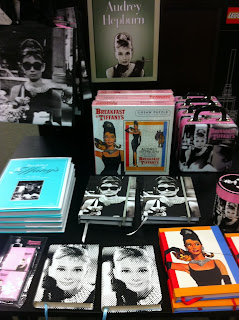 I have been fascinated by my last name ever since I met my husband. I thought, seriously, that's your name? Are you kidding? And after 15 years of having said name, every time I have to give it and spell it, I wonder what the response will be from the unsuspecting party and they have been numerous and varied.
The best was when an airline ticketing agent made fun of my last name years ago after it was newly acquired, and could tell he hurt my feelings and he upgraded me to First Class. I say make fun of it all you want now my skin is thicker.
I had never heard of the name until I began dating George and my mother made me aware of the movie and Holly Golightly. And then I caught a showing of it on cable TV where Holly signs a note. And I stared at the screen in disbelief, "that's the name" and my fascination begins.
My now deceased father-in-law told the story when I first met him that he had met Truman Capote back in the 50's. Mr. Charlie had attended college at Penn State and he and his buddies would travel to NYC and see plays and they met Broadway actors who eventually became famous. He also reported that Truman had the eye for his tall blonde buff roommate. Charlie was quite the jokester and liked to be the center of attention so I didn't know whether or not to believe him, and it makes a good story.
Over the years, I have tried to read about Mr. Capote to glean where he came up with the name Golightly but I have not discovered anything concrete. I did read of a libel lawsuit again him from a NYC woman named Bonnie Golightly but nothing came of it. I am reading a book about the making of the movie because in its' time it pushed boundaries and especially with Audrey Hepburn as the star. She was not Truman's first pick, he had wanted Marilyn Monroe and wow, that would have been a different outcome. So my fascination continues and it will have to remain a mystery, and sometimes I've learned it's better left that way.
Posted by C Golightly at 5:05 AM No comments:

My love affair with Target

One day last week, I found myself at Target alone, all alone. I love Tar- jay. I didn't know how much I despised Walmart until Tarjay came along. My love affair with Target started twelve+ years ago when we lived in Buffalo. It was an instant attraction. 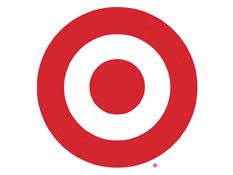 I am that customer that they market themselves to. It's an upscale Walmart or a low end department store, however you look at it. I can buy kids and adult clothes there that are nice and are made well, but I can also buy a CD or a movie or books at great discounted prices. Those kinds of things cheer me up when retail therapy is needed, and Target can do the trick and not break the bank (well, restraint is still needed). That bullseye just draws me in. They don't even need the word Target and of course, that was by design.

I very rarely go by myself because it is something I can do with the girls and save my sacred alone time while they are in school. Yet I do have to go in drill sargeant mode with them. I keep it moving because we can get distracted or bogged down trying things on, not to mention the toy aisles and it turns into a two hour tour.

So I found myself at Target alone last week. It was just the two of us (and the rest of the morning shoppers). It was a sensual experience. I walked slowly and took my time. I tried on clothes. I looked at housewares. It was so quiet, I had thoughts that came to my mind that I didn't know what to do with. I savored every aisle. It was like I was making love to Target.

Perhaps I need to plan scheduled rendezvous more often.
Posted by C Golightly at 9:18 AM No comments: