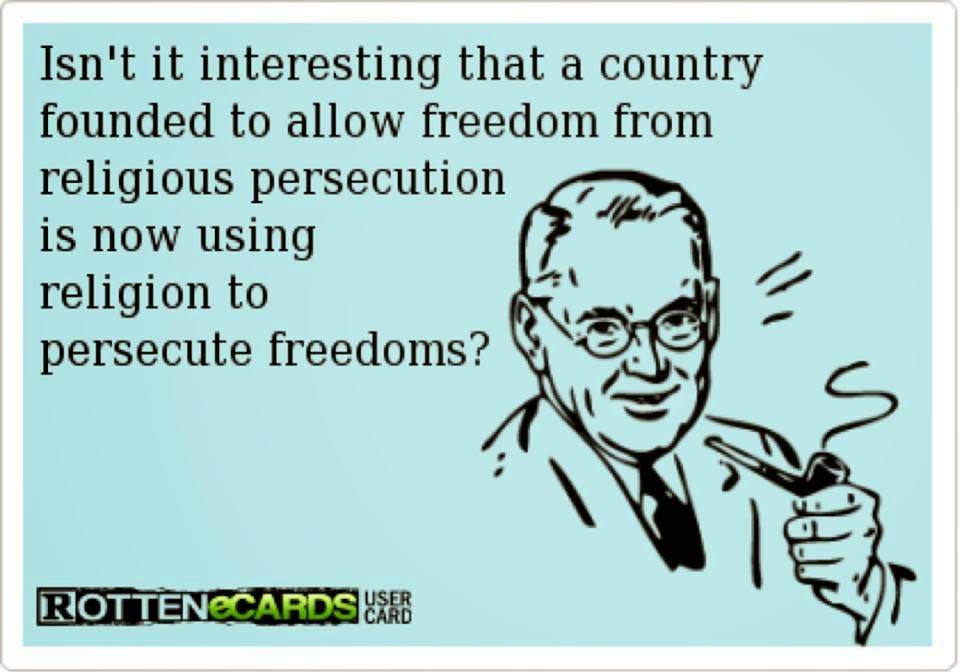 Posted by C Golightly at 6:29 PM No comments:

Another Way To Be

I have been transitioning to a new thought process.  It's been a big freaking fundamental change for me.  I know I've written about it before and the longer I practice it sets in more deeply and I think - Wow - this is the bomb!  (I really can't let go of the 80's…)   I keep chipping away and extinguishing the negative self-talk and thoughts bit by bit.  You know the running commentary that goes on in your head while you are awake. The thoughts I have been working towards are definitely so much brighter than those that went through my head during the first forty years of my life.  These two mantras help.

Everything is going to be alright.

All will be well, even if it's not.

These are simple phrases. But over the last six years, I have been leaning in to them and learning to live in that way.  It's not a simple process to do.  It requires a lot of intentionality each day, sometimes hourly and some days the work is done minute to minute.  It required digging into all my old baggage and wounds that I carried.  We all carry some.    This is where a therapist comes in handy especially depending on the level of the wounding.   I remember a 2-3 month period where I really felt unloved and just had to hold on for dear life.  But slowly the tide changed, and I began accepting things bit by bit over time, left and right about people in my life and especially about me.  I learned that some people just love poorly. 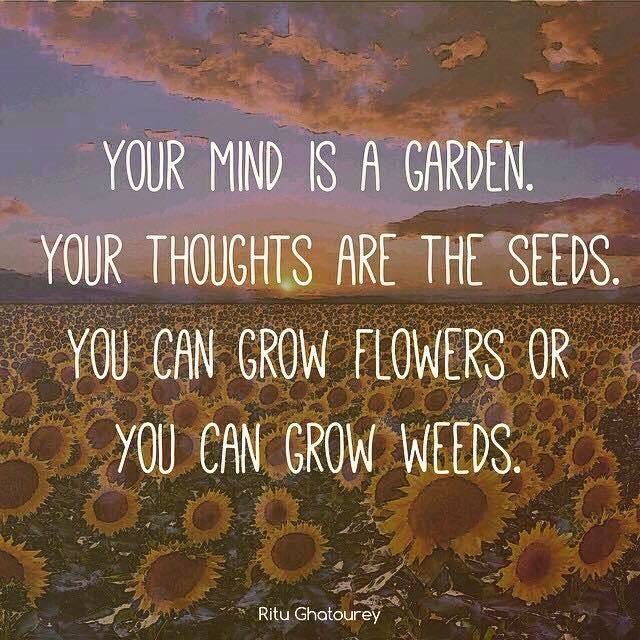 Now, when an event, feeling or energy comes that I find uncomfortable or unwanted or unliked.  I don't fight it, I sit with it and watch it go.  Being curious instead of resistant allows it to flow through.  And I learned something very, very, very important and very, very, very necessary.  Boundaries.  Don't leave home without them.  Don't be without them. Period.

It means also, that I feel my feelings all day long.  And they come and go and I am less fearful of them.  I wear my heart on my sleeve.  I cry and am joyful much more easily and I numb myself less.  (Our society numbs itself in so many ways - the list is endless)

It is a work in progress and will be for the rest of my life.  Wounds still come up and they always will. But this is a much preferred way to live.

So
much
less
anxiety.

I did not realize how much anxiety I lived with on a daily basis.  And until I began to free myself, did I know there was another way to be.

My Induction Into The Tribe

My daughters are growing up.  Yes, they tend to do that.  Sometimes they seem to undergo metamorphosis overnight.

My oldest daughter is staying up later and now comes to my bedroom to say goodnight. This is the opposite of the well ingrained last twelve years of me "putting her to bed." This past week, I have watched when she turns to walk out my bedroom.  She is almost as tall as me now and her body is long and lean but with curves.   She now has a teenager's figure.

How did that happen?

She now takes much longer in the bathroom getting ready.  She has been voluntarily taking showers for months with no reminder from me.  On and on, there have been subtle little changes.

And everything beyond teenage body changes is going on too:  attitude, distancing,  independence, deafening silence, or one word answers and what in our house, we call caving. (Caving: going into a space to be alone)   I deeply understand the need to be by myself after I have been with others for periods of time.  And I can especially see that after a long day of middle school.  But for brief moments in time, I painfully miss the little girl who use to cry loud and long for me when I dropped her off at the nursery.

And sometimes, I'm happy for the reprieve.

It's a transition for sure.  Mothering is the transition from this little baby who looked at me for every single thing she  needed to now, her slowly learning how to do for herself and me backing off.  And this will continue throughout the upcoming years.   It's a wonderful, positive growth but one that I need to batten down the hatches for.  As the sales woman in a clothing store with two grown daughters gave me the sign of the cross over having a tween, it was an induction into the tribe.

The tribe of a mom with a teenage girl.  Well, almost.  I've got 7 months officially.

I've been told to give it a few years, and they will one day walk back in as they had previously been (nice temperament), like nothing ever happened.

This morning as I was working Middle School Carpool, and a daughter stomped off ignoring what her mother was asking, I walked to the mom's open car window and gave her the sign of the cross.  She said, "You have no idea."

I told her that I did understand nodding my head, "I have a twelve year old."
Posted by C Golightly at 4:45 AM No comments: 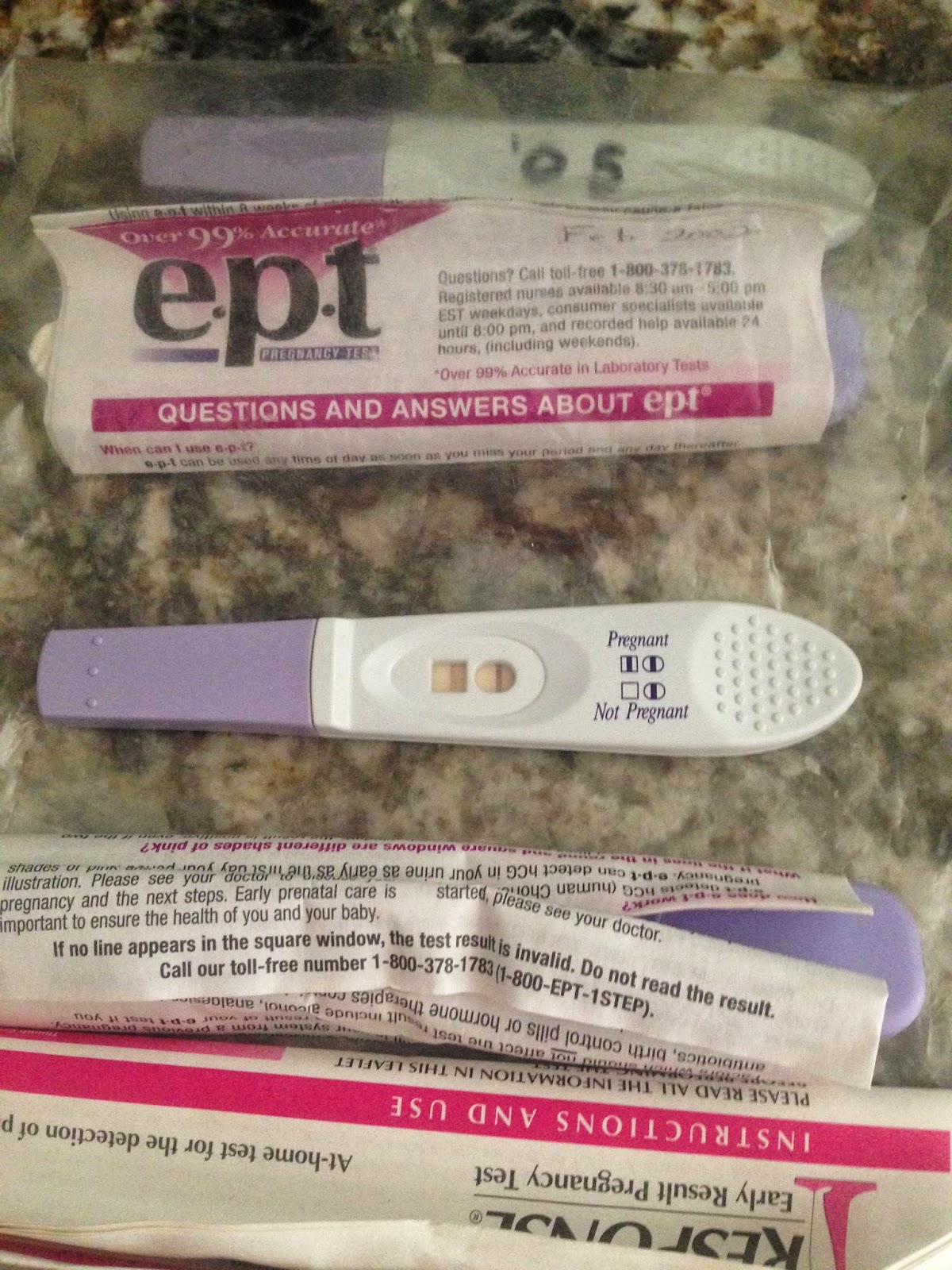 While trying to find something under the bathroom sink…found these.  I knew they were there. The memories of infertility do not go away.  They are pregnancy tests with ten and thirteen year old urine on them.  (Yes, pretty gross!)

And yet, I still can't let them go.

I did throw away three of them and kept just one from '02 and one from '05.  These sticks represent two years of trying to get pregnant.   I peed on a lot of sticks waiting for lines to appear that never did.  I waited and waited.   I even peed on ovulation sticks that would not turn positive.

These sticks were so disappointing on so many levels.

They never worked for me.

And that was the problem.  I didn't ovulate.  So I went through a lot of treatment to work to make my body ovulate.  I have indentations in the creases of my arms from all the blood draws.  It was a tumultuous time.  There was a lot of emotional upheaval.  There was a lot of grief for the loss of what wasn't occurring. And that was hard for me and for other people to understand.
I was not an easy person to live with.  Poor George would walk through the door to see what state I was in.  If I was laying on the couch, not good.  If I was upright, then it was better.

Will I ever be able to let them go?  I don't know. Still not ready yet.  I haven't gotten rid of the insurance or prescription paperwork from the same time either.

Posted by C Golightly at 3:47 PM No comments:

A Little Planned Screaming Is A Good Thing, Right?

I have been on Girl Scout cookie overload for the last week.  As the cookie mom and co-leader, 1200 boxes of cookies were ordered and disseminated a weekend ago and this most recent weekend, we had two cookie booths selling out each day.  It was fun but tiring and there was a little pressure to want it to go smoothly, etc.

On the way to the first booth, I was a little tense and frustrated getting it all together and running late, and that never helps.  So I announced to the girls, that I needed to have a little scream.  It's been a long while since I've done this.  I want them to understand that it's okay to get frustrated and yet, figure out how to handle it without taking it out on other people.  I want them to know it's okay to feel all feelings, that is so NORMAL and try to allow the feelings through but without harming others, or harming the house.  (You know what I have learned up close and personal the last 6 years)

So I counted and then screamed for a long time.  It felt so good.  I have learned not to do it too hard because I can strain something in there that makes things more painful but it was a good release and I hope, a good example.

Then on to this Monday morning, Mallory realized she had forgotten some things regarding school and she complained about how the cookie booths had taken up our whole weekend.  I had to pivot really hard here, because twice I had asked her about her school assignments for the weekend during the weekend, but she was too involved in game playing to plug in.  Yet, I have to cut her some slack, she is only nine.   So I told her, empathizing with her that yes, the booths took up a lot of time and I too was frustrated this morning at what I did not get done.  At some point, she threw her binder down and started kicking it.  I said, with no judgement, just empathy, we can't kick the binder.  We have to find another way to get our frustration out.

And then Riley piped up and said, there will be no screaming in the car.  LOL  Evidently it is a little unnerving for her to hear me scream even though I announce it and laugh about it before and after.

But this is what I'm so excited about - I'm so ecstatic that we have these kinds of conversations.  It is now open for us to talk about how to handle our feelings.  What is the best way to allow them through?  I have learned so much but it has been hard for me to speak up and share these truths with my children. The inability to voice my thoughts is still difficult, but…this area is breaking wide open.

So freaking happy to have this moments.

Namaste.
Posted by C Golightly at 10:22 AM No comments: