No Words, Just A Firm Squeeze

My dad died two weeks ago.  His body had been failing him for quite a while.   The one kidney he had left stopped functioning years ago and then his weakened heart finally gave out during a procedure that was necessary to keep his body going.  That's the mechanics of the story.

The intimate part of the story is that he was my father.  A daughter looks to a dad to understand her meaning in the world.  The words that were floating in my head to describe him the morning after he died were quiet and sweet presence.  It took me 46 years to get to those words.   I then read the words my sister in law wrote which were more acutely accurate: "quiet, funny, sweet, sharp, dear and kind."  I forgot the sharp and funny.   And he was both of those.

I am funny and sharp when I allow myself to be.  Somewhere along the way I became too serious and forgot how healing laughter is.

I didn't have the kind of relationship I wanted with my dad.  I was never Daddy's little girl.  He was very quiet when it came to me.

I wanted more of him my whole life.

I longed for conversations with him about my life and things that I was interested in.  I longed to seem like I mattered in a way that I could recognize.   When I called my parents' home, he immediately handed the phone over to my mother.  This is normal for some people.  I think it was his generation as the provider and it was his personality.   He called me on the phone several years ago and it was the only time I ever remember him doing so and it was during a time that I was having a break of contact with my mom.  I had needed space to figure out who I was. Even though he questioned if I needed to be taken out of his will because I was not spending time with the family, I took advantage of the opportunity.  I put my heart on the line and said what I was never able to verbalize before to him.  I was vulnerable with a capital V.   (I displayed vulnerability as whole hearted people do even before I understood the concept - thank you Brene Brown!)  I said I missed him and had wanted to interact with him more growing up.  I needed his presence.  He replied that "he was who he was and was not going to change."

It was very painful to hear.

Thus began one of the biggest lessons of my life, and that is, to take people off pedestals that I place them on, of who I think they are and how I think they should be, and allow them to be who they are.  It can be a terrifically tough pill to swallow but is a necessary truth of life for me.  The journey began then to learn to give myself what I needed as a child and now as an adult.

So I grieved, a lot, over the next few years and there was much anger as well but over time slowly learned to accept who he was and what he had to give and accept who I am.  Anything I received from him at this point was bonus.  On the occasions we saw each other, and I leaned in for a goodbye hug, I noticed he squeezed me harder and held on longer than in the past.  This was his way.  No words, just a firm squeeze.

The day that he died, he never fully came out of anesthesia from his procedure.  He began moving his hands and his head though.  I watched the nurse, talk to him and ask him to squeeze her hand.  So after some movement, I walked over and took his hand and talked to him.  I told him who I was, that he was intubated and they were working to take the tube out.   I asked him to squeeze my hand. Could he squeeze my hand?  He did.  He also nodded his head a few times in response to questions.

He was a quiet man.

I learned to accept what he had to give.

My aha came that next day that I'm continuing to absorb.  As the family had gathered together in the hospital room after he died, we began talking about who he was in order to write the obituary.  He was an outdoorsman on all counts.  Everything revolved around farming, hunting, fishing, trees, etc. There was mention of his deceased sister.  I thought, wow, I really did get her genes.  She and I both moved away from the same small town, married doctors, were more liberal and loved the arts and creativity. I do love the outdoors but I am not inclined to want to trap or shoot what I find and cook it up.

My aha was that even though I never discussed life with my dad, I realized he taught me to be who I am,  no matter what the people around me think or expect.  Even if your daughter begs to get to know you better, you have to be who you are.

I have to be who I am.  It has taken a long time to realize that I can't be at peace with myself trying to be someone who I am not, trying to fit other people's molds or ideals.

I loved my dad and I know he loved me.

Labels: Acceptance, Being Present, Brene Brown, death, Forgiveness, Learning to Have A Voice

It Doesn't Matter If Anyone Else Gets This, I Do 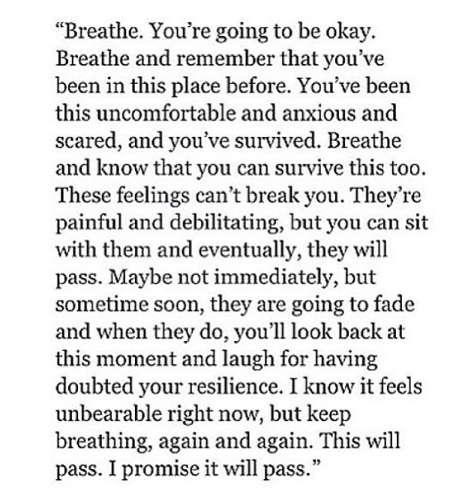 Oh my, oh my.  I wonder do other people even understand this, but in the end it doesn't matter.  I do know what it feels like and this picture, reminds me that terribly uncomfortable feelings will pass.  They are part of life.
I also wonder when did I stop being able to feel my feelings?  When did I start to use food to escape uncomfortable feelings?   In the end, that answer doesn't matter either.  What I have learned is that for me, I have to be kind to myself, gentle and loving.  Whatever that looks like.  When I recognize that I'm having a judgmental and unkind thought pattern - whoa - I need to stop it.  Even just having the awareness that's what is going on, lessens it.
So for now- these are wonderful words of wisdom.  And I just had a massive aha. I need to let my children know that when they are feeling unsettled and having a meltdown - this too will pass.

Thank you Mallory for the word and blog title.  This is her word for the first day of school.  And mine too!

As a stay at home mom, the beginning of a school year, brings up all kind of emotions.  I spend a good portion of the summer adjusting to them being at home full-time.    Spending 24-7 is quite the challenge and we spend a lot of time together as a family, especially just the three of us during the summer.   No one goes to camp, no one goes to Grandmas.  They don't have playdates down the street.  It is the three of us, 24-7.  As sisters, they have beautiful time playing together and then the ugly time of sibling rivalry and fighting.  They are both going through new phases.  Mallory is wanting more independence and getting better at demanding more of me which I need to give to her.  Riley is knee deep in pre-teen mode, and her own independence but still demanding more of me as she has done since birth.  Both of them are tackling new challenges at school, which they are excited about.  We will take each day, one day at a time.

On this day and prior to it, I get sad, and think of the summer activities we didn't get to do and it's over.  We only went swimming twice to our club pool.  That's a travesty.  There will be no more big volunteer work for me during the summer!  Challenges are good but this summer was too busy.    I will miss the girls while they are at school, but then on the other hand am so relieved to take a deep breath and soak up the quiet of the house.   I need this quiet so much to recharge.
Posted by C Golightly at 6:31 AM No comments:

Holy smokes.
That really says it all doesn't it.
Sometimes it takes a while to figure out who is setting the standard too low besides myself. 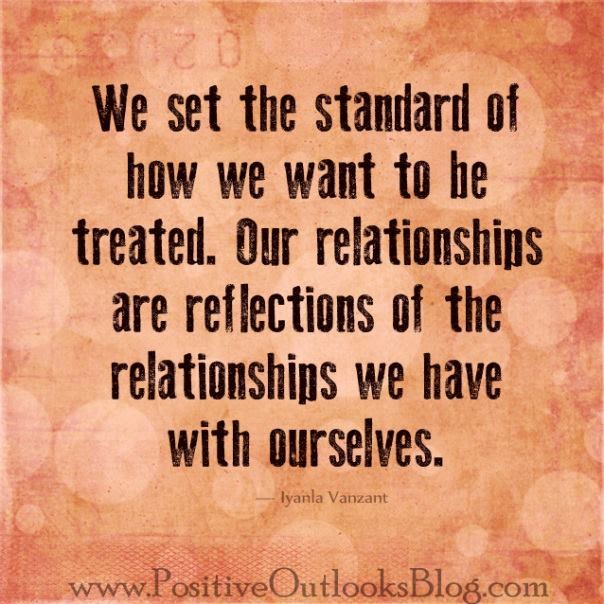 Posted by C Golightly at 6:30 PM No comments: