I went on a spiritual retreat this past weekend.  I attended the same version of it at least ten years ago.  I thought I knew what to expect.  I was in for a surprise.

The retreat is a boundaried place so I am going to speak in generalities.

The first night, I looked around the group of ladies sitting in a circle and I spotted someone who I thought was the person that I had a bad encounter with years ago.  My body turned to mush because I had been more on the receiving end of the encounter.  It was the same person.  I was never recognized yet I kinda wish I would have addressed it.  We are both in different places now I think.

But I let it go.  There were other things I had to chew on instead.

On two other occasions, I heard words spoken by one person that was moved in the moment and then another spoke of spiritual concepts that jarred me. And after a few moments of agitation, I thought, I can detach from this. And when and if appropriate I can speak up and give my truth without negating what these other person's experiences are.

For so long, when I was growing up and in adult years as well, I would not speak up. I did not voice my experience around certain people or groups.  I learned to get along by staying silent and going with the flow.  That silence when I wanted to talk, ate me up.  And this blog for the last ten years is helping me to write my way out.  (Thank you Lin Manuel Miranda!)   It's a skill to learn to express oneself verbally assertively without aggression or passivity and I have bumbled my way through at times. But to be honest, the skill set is one thing, what it's really about is not caring what others think.

Learning to let go of that too.

Back at the retreat, on another occasion, issues of a political nature were brought up in casual conversation, in the very last place I thought I would have to hear it.  My entire body turned to mush once again.   I politely said I was finished with the task at hand and got the heck out.  I did try to mumble that we shouldn't talk about politics, and the person said we weren't, but the topic was very much a current political one.  Why on earth would one bring this particular subject in casual conversation at a spiritual retreat?   It was progress for me to get up and leave as I would have sat silently years ago.

So now there are three persons I'm trying to avoid sitting by at group.

Growth is not relaxing.

I phoned a friend as I walked around the campus, and calmed down. I knew I wanted to stay and dang it, I was going to get something out of this retreat, other than dodging persons or sentiments that pushed my buttons.   We had a lovely afternoon break and I took not one but two naps.  I knew that this experience was about holding the tension.  The idea of holding the dark and the light at the same time with equal respect was first introduced to me by Father Richard Rohr when he visited our church many years ago.  It's not seeing the world in black and white, but in grey.   In the first half of life, we have to know good and bad, right and wrong to not get burned by the stove or drown, etc. But at midlife, we can wake up and embrace that not each person or issue or experience is all right or all wrong, or good or bad. It's a lot of ego work.  It's all about the ego.

And in holding that tension, there can be spiritual breakthroughs.

By letting go of my ego reactions to all of the above mentioned so-called "negative" situations, I did have growth.  At the proper time, I spoke up when I had the opportunity to express a different experience with the same issue than what someone else did.  I also said it was okay that we have different experiences.

I was telling myself that as much as I was speaking to the group.

I also requested time with those in "charge" to discuss a matter that had been lying on my heart for months. I was heard, understood, and acknowledged.

I also watched the participants whom I differed with, have their own strong aha moments.  Sitting with the tension spurned me to come to the conclusion that all those attending were here for their relationship with God as was I.  My initial ego reaction would be to slam these other people, try to find someone to back me up.  We just have different words, mannerisms, paths and theologies.   Most importantly is we don't all have to be on the same page.  (Living the tension at it's finest here!) It is heavenly to find those in the same book, and thrilling to find someone in the same chapter though.

As I have learned what methodologies spur a deeper faith, trust and relationship with God and all of creation, I can't ignore that which works for me and that which doesn't.   I know it to the core of my being what brings me deeper, as do these other folks but of course, these can conflict.  I know certain words, phrases, and sentiments that I experienced in my past, are language that does not bring me closer to God.  The critical point is the recognition that people have different ways of achieving a similar end.  I can notice the buttons pushed in myself and work to be non-critical, and curious both of myself and the other person.  It seems as though this act of detaching from the button pushing will always lead to growth.

Leaning in to the tension. 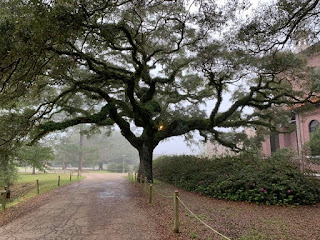 Posted by C Golightly at 8:38 AM No comments: