But Really Who Should Be Fired?

Trumps latest tirade while at an Alabama campaign rally*, is aimed at NFL athletes, the sons of bitches*, who take a knee and should be fired.

But really who should be fired?

I guess NFL players with their peaceful knee protests are not nice people, whereas neo-nazis and white supremacists marching under the cover of night, with KKK like torches, chanting "blood and soil", and "Jews will not replace us" and inciting incredible fear in Charlottesville are nice people. 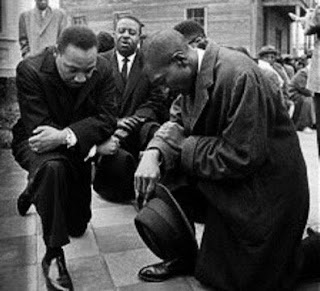 One group wants to exterminate persons not like them and harken back to a time where millions were murdered, while the other is exercising a first amendment right to shine a light on injustice.  Wars were fought, soldiers have died for this right, and for our democratic values.  They are risking their livelihoods for the arc of justice.  Martin Luther King and many others died for equality and  did so by peaceful protesting.  Kaepernick lost his job, so if you side with Trump that can make you happy.

This is the main issue: what is more important, the flag/anthem, or the people and the constitution whom it represents?  The flesh and blood of humans who die because of the color of their skin or are incarcerated at an alarmingly disproportionate rate?  Protesting has been what has brought needed change and justice and there is more work to do.

"For the land of the free and the home of the brave."  Or does that mean, just those with white skin.

These are not black and white issues. One can be for police and for Black Lives Matter at the same time.  This is called both/and. It is an evolved way of thinking. You can Back the Blue and want to weed out those who don't follow the very laws they are enforcing.  There is systematic institutional racism that needs to be addressed and there are no easy answers.  Evidently peaceful protesting and 45's discomfort with free speech has gotten our attention.

But really who should be fired?

Forty-five's comments show what he is really worried about as he does in his tweets. His poor self-image and ego comes out against other people when it is really about himself and his weaknesses. The Russian chokehold is getting closer and closer to him and those around him.    Trump is going to be more aggressively acting out to divert attention.  If there is nothing to hide, then let the Russian investigation move forward without any more obstruction.  Mueller has been lauded on both sides of the aisle as the straightest of shooters with impeccable integrity and credentials.

You can't say that about Trump, but I digress.

So far the actions, allegedly, of 45 and/or his team are:  his campaign team did meet with a Kremlin linked Russian lawyer with the enticement of getting dirt on an opponent (collusion), 45 helped draft the statement to lie about said meeting(obstruction),  Manafort offered campaign information to a Russian oligarch in Putin's inner circle (collusion, treason?),  Trump fired the FBI director because he was investigating him (obstruction of justice),  Flynn was working for other countries best interest's and didn't report it (treason?), the multitude of lies and lack of transparency such as lying a about revealing the Trump/ Russia business overtures during the campaign and then there is the emoluments clause. That is so far on the back burner but one area that needs attention. These are the incredible damning issues that Trump has created, right off the top of my head.  And that is not touching business deals of Trump and Russian oligarchs, the Steele Dossier, how to handle nuclear threats, and just plain moral deficits. Thank goodness for the free press.

Who really should be fired?

It is very telling that 45 can forcefully and passionately admonish NFL peaceful protestors, but has never had one, not one harsh word for a hostile foreign power who tried in various ways to undermine our democratic election. It is an act of war and he doesn't care.  He does nothing about it but deny it and degrade our Intelligence agencies, because his ego can't handle that the legitimacy of the election is in question and/or was he colluding?  The truth will come out eventually.

He's so worried about himself that our democracy is left hanging because he doesn't want to get to the bottom of it, to work to prevent it again or stop it as it is ongoing.

And he is our President.

Who really should be fired?

Not speaking out is not an option any more. 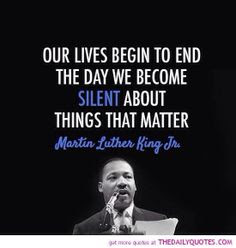 (And I didn't even address the issue of him wanting more violence in a game that is already deadly to it's players and their brains.)

Posted by C Golightly at 6:32 AM No comments: