I read (or rather tried to read)Eckhart with a church class, Spiritual Quest, years ago.   His writing is very dense but I listened enough to those who did read to get the gist of what he was saying.  And with a few years, what he was saying, really has sunk in.  I have also heard similar teachings with Michael Singer.  Eckhart is publishing a series of blogs with the Huff Post Healthy Living page.  This pictures were on the first blog and they spoke to me SO MUCH! 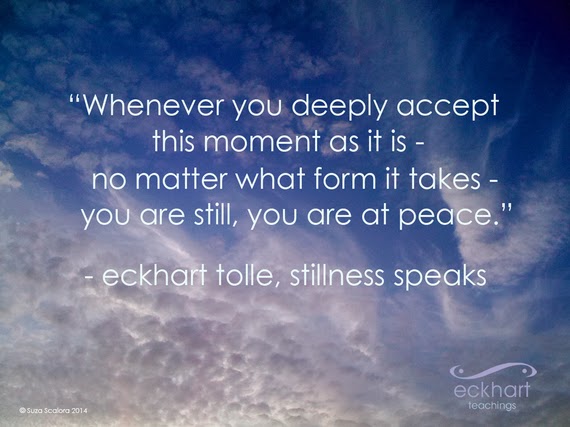 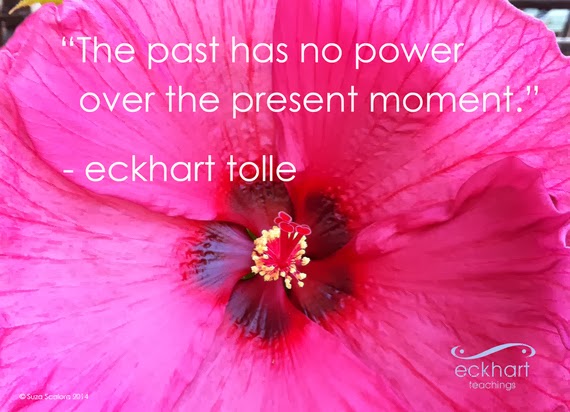 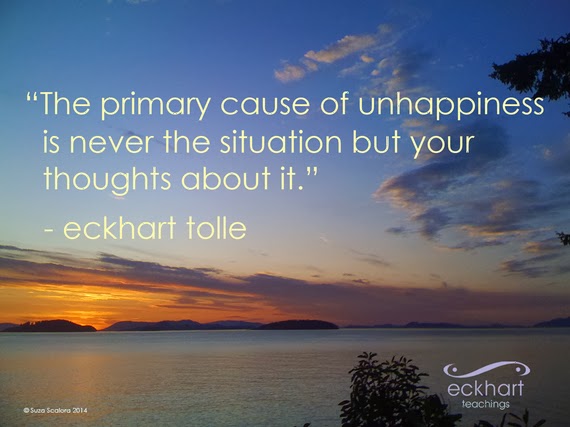 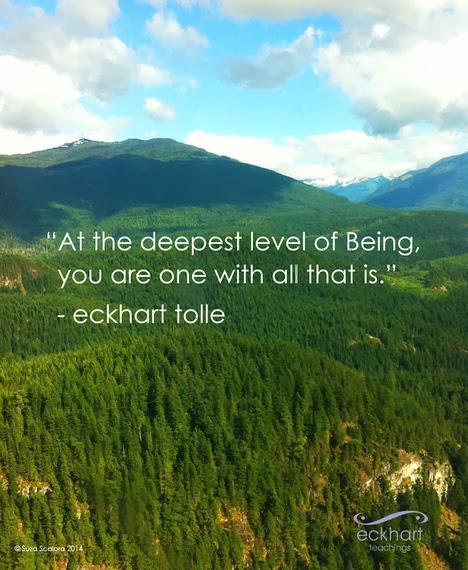 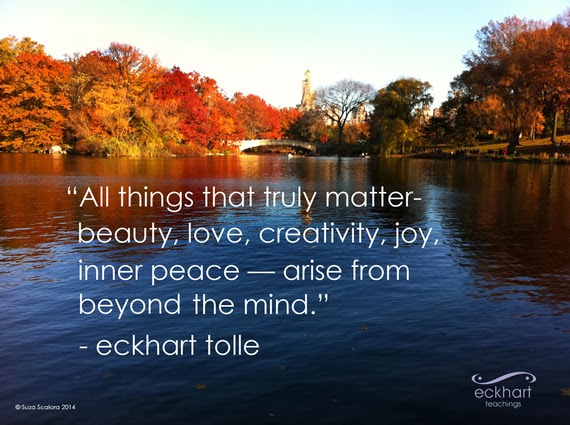 Posted by C Golightly at 4:19 PM No comments:

I Never Thought Therapy Would Lead to Increased Spirituality

From Geneen Roth:
The other day someone asked me if there is a difference between spirituality and therapy. This is a question I often am asked. And the answer is yes and no. No because we can't divide ourselves in little segments. Every part of us is related to every other part, and so any work we do on the therapeutic level (our past, our wounds) affects every other part of us. I can't even imagine where or who I'd be without the--count them!--more than thirty years I spent in therapy.

I believe in therapy one thousand percent.  I needed to find out what my wounding was.  I had a hole of not loving myself for who I was. I did not feel like I could speak up for myself.  I was a people pleaser.
And I was not aware of this to the extent of how it affected my life!  I thought it was normal to be anxious day in and day out and to stay fearful of most of life's activities.  I thought it was normal to stay in place and react to life and people instead of going out and living my own life.

And then therapy came along.  And it was painful and wonderful and exhausting and eye-opening.  And I found God!  I really truly wasn't expecting that.

I think because my spirituality was hidden and suffocating in Religion.  Now I know better!!

My image of God was distant, judgmental and out there.  Now I understand, God is within.  God is LOVE.  And it has taken a while to change the tracks of what I have believed for so many years.

I love the distinctions Geneen makes in these paragraphs and furthermore, I understand them up close and personally. 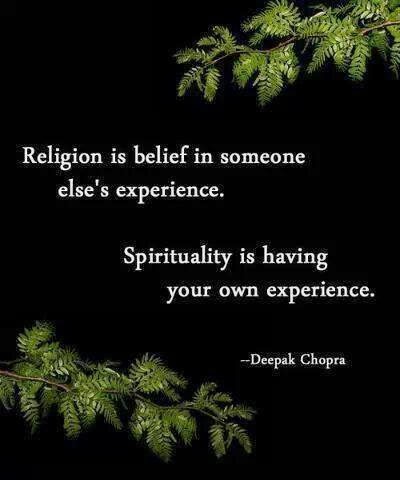 An Open Invitation to Phil Robertson

I need to share the thought I had while watching the red carpet leading up to the Golden Globes on Sunday.  One of the nominated movies is 12 Years a Slave and I would love to watch it but I just don't know if I could make it through the brutality. It is about a free black man from upstate New York who is abducted and sold into slavery and ends up in...Louisiana.

I want to suggest to Phil Robertson to watch this movie.  I think it might give him insight into why the people he worked alongside never complained about anything.  I believe that what he described in the article was his truth. Yet, it is a truth than needs enlightenment.   What he said about gays and blacks in the article and in other video pushed a core button in me.

"I never, with my eyes, saw the mistreatment of any black person. Not once," the reality star said of growing up in pre-Civil-Rights-era Louisiana. "Where we lived was all farmers. The blacks worked for the farmers. I hoed cotton with them. I'm with the blacks, because we're white trash. We're going across the field ... They're singing and happy. I never heard one of them, one black person, say, 'I tell you what: These doggone white people' — not a word!"  From Yahoo TV article.

Just from watching the previews of 12 Years A Slave, one understands that a slave kept his mouth shut to try to survive.  The movie's time frame was pre-Civil War and the time Robertson mentions in the article was pre-civil rights which was roughly one hundred years later but many behaviors learned to survive in slavery, perpetuated to survive pre-civil rights.

Coming from such a small town, I needed to open myself up and educate myself and I have done so during the last two decades.   I have listened to interviews, watched documentaries and movies of gay and transgendered persons.  I identify more with what some gay people say than with what Phil Robertson spews as Christianity because more times than not a gay person has had to dig really deep to be who they are because of the cost of coming out.  I can spot people who speak their authentic truth from the core of their being because they always speak love.  Not judgement but love.  Humans judge because they need to feel better about themselves.  I truly understand that.  Been there, done that.  And as I'm working to free myself from my own self judgement, the judgement of others falls by the wayside.

What Phil said was not the truth of Christianity.  And the most important point is that I can have an opinion about this.  It is not held liable by the far right.  The Bible cannot be taken literally.  There are inconsistencies all over and passages that promote rape, killing, etc., etc.  The Bible was used to support slavery.  Not to mention picking and choosing the verses we cling to.   I look at the whole message of the Bible.  Love others as you love yourself. Jesus said nothing about homosexual behavior.  Nothing.  His message was LOVE.

I think Phil still judges himself.  This is my humble opinion of a man I've never met but just heard some of his story.  I have spent the last five years doggedly studying compulsions and addictions.   Compulsive behavior like Phil's past drinking and drugs, is present in a person until one is ready to go deeper to find out why the compulsion is there.   A lot of people will unconsciously move to a new compulsion to avoid looking into what the core issue is.  I think his new compulsion is Jesus. Looking at your core issue is painful but also enlightening and freeing.  Learning to love yourself for who you are is freeing.  And if you dig deep enough, the divine unconditional love is there.


So when Phil is ready, I will go to the movie with him. And guess what?   Twelve Years a Slave was filmed in Louisiana.   How much more down home could that be?
Posted by C Golightly at 6:35 AM No comments:

This is from a FB page called Evolved Eating and it came from the blog at the end:

This speaks to me so much!!

The “Healthy Version” of Intuitive Eating

THERE IS NO “HEALTHY VERSION OF INTUITIVE EATING”. Don’t do it. It will backfire.

Wanna know why? Because what you are really saying is: I am going to try and, like, trust my body. But I, like, can’t ever really trust my body. Obviously, so I’m gonna like fake trust it and, like, listen to it but only let it eat, like…. healthy foods.

And it is healthy, even if you are eating lots of brownies.

It is healthy because it is free and curious and pleasure based.

It is healthy because it takes your eating controls away from your mind, and gives them to your body.

It is healthy because even if you are craving foods that you decided before were “not healthy” (or that anyone would tell you are “not healthy”), letting go of fear of food is immensely important for mental health.

Learning to trust your body is the healthiest thing you could do.

Intuitive Eating is not about eating the smallest amount possible. Or being “so in tune with your body” that you only need to eat celery and goat keifer and sunlight.

No, intuitive eating allows you to EAT. For God’s sake EAT. Eat the things that nourish you and please you. The things that make your mouth water and that you only let yourself eat in your dreams.

That is the food your body is asking for.

And anyway, you’re never gonna really crave Kale til your body and mind both believe that it can also eat cake for dinner whenever it wants.

http://thefuckitdiet.com/blog/
Posted by C Golightly at 6:22 AM No comments:

...and Not Be Ashamed

Wowza - Love this!  I really need to read some of her books. 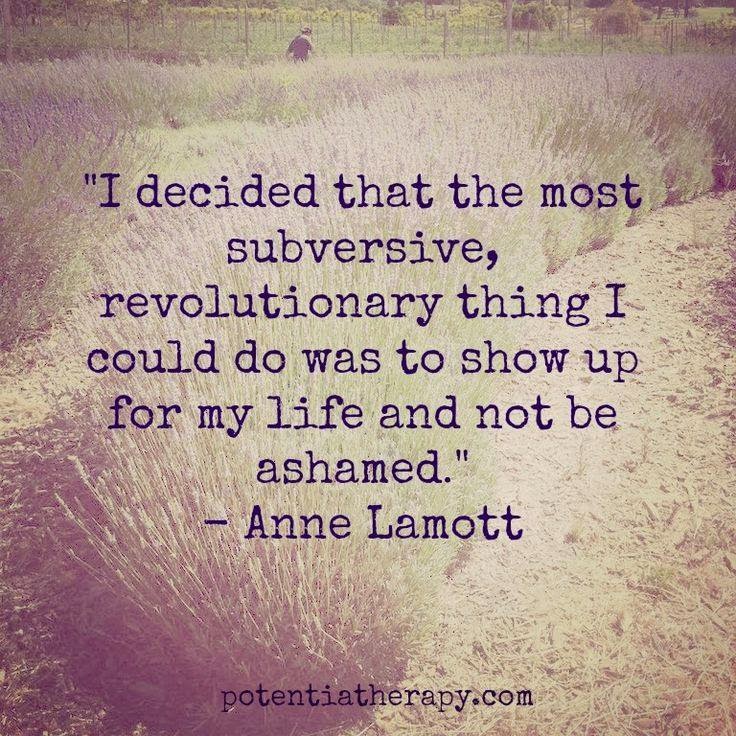 Posted by C Golightly at 3:47 AM No comments:

I was fascinated with this beagle.  How it worked to get the chicken nuggets.  I can see the brain working.  Fascinating.

Can I Leave the White Lights Up All Year?

My first post of 2014!! I didn't make my quota of meeting the same number of posts as the previous year.  Oh well.

Today is the second day of the new year.  Last night, I was thinking that it was time to work to take the Christmas decorations down.  And I'm not looking forward to that task.  I cleaned up for nearly two hours yesterday morning and that didn't even begin to touch the Christmas decorations.  The house is just ransacked.  But that is what it looks like when we are home for two weeks straight. 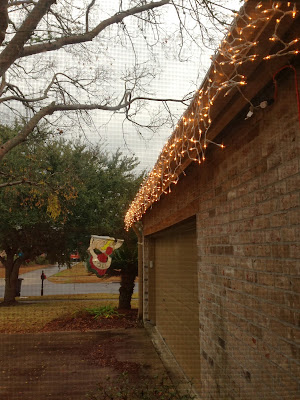 The last couple of years I haven't helped to put the ornaments on the tree.  The kids did it with George.  I did help pick out the three, get it straight but I was working on other things around the house.  And that makes me a little sad.  But I will purposely help take them down, because I enjoy all of the ornaments.  Most of them are from places we visited as well as ones made by the kids.  Each one is a special gift and memory.

This morning when I awoke, and began to mentally prepare to clean up more,  I walked into the kitchen and was pleasantly surprised by the white lights still twinkling outside the window.  For each day the decorations are still up, I get to enjoy the white lights.

I love these lights.

I do want to get the dead tree out of the house, but I don't mind living with the twinklies for a little longer.

Well dear readers, I appreciate each and every one of you and wish for you the blessings of a new year!

Posted by C Golightly at 6:27 AM No comments: