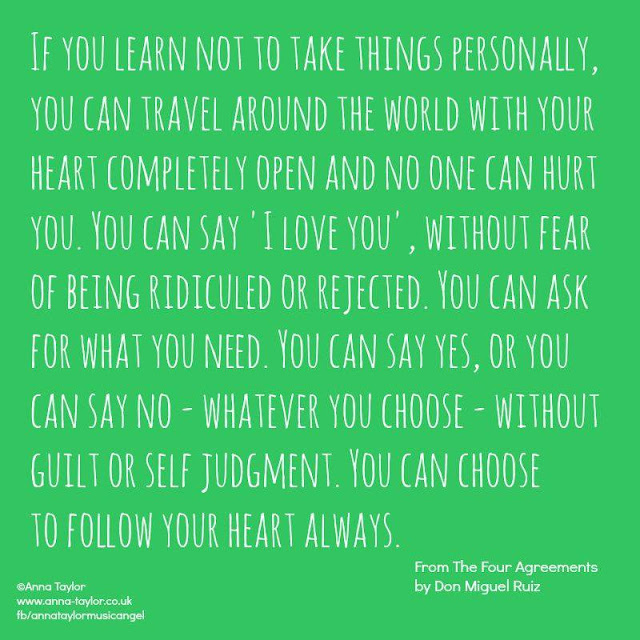 This is my goal.

It so fits with shifting from fear to love.

It's a lot of freaking work though.

Today is one of those days, where it seems really hard and unlikely to happen.

But I know that will pass.  It will seem easier to do another day.

Grieving The Only Way I Know How

Saturday was the year anniversary of my dad's passing.  I didn't even remember until the afternoon the significance of the day.  I had stayed busy all morning with kids' activities and dog sitting but evidently it wasn't on my mind.

And I think what is wrong with me?  (I feel everything now! I cry at any tender moment)

Later in the day I noticed that some relatives had posted their tributes on Facebook.  Yet, I felt... nada, nothing.  And then shame entered in the picture because he was my father after all, I should feel something.

And then a friend pointed out an Anne Lamott quote: "You own everything that happened to you. Tell your stories. If people wanted you to write warmly about them, they should have behaved better.”

And it's not that dad behaved badly, he was who he was.  I went back and read what I wrote in this blog shortly after he died, about our relationship.  The gist is that I always wanted more from him.   I did not feel connected to him interpersonally.  We never chatted one on one. He never called me.  He was a physical presence.  He was not able to give any more than that and I grieved and I was angry and I grieved some more and over time I learned to accept him for who he was.  I did this especially knowing he had multiple medical issues and our time was most likely limited.  And in the very end I came to the conclusion that his lesson to me was authenticity.  In one of the only heart to hearts we had, he had told me, he wasn't going to change, he was who he was.  And so my positive spin was...I've got to be who I am.

I'm so glad I re-read what I wrote because I needed that reminder to be authentic again.  We can only be who we are and if we don't do that, it's a miserable life following other people's cues.   Owning who I am and stepping out to do the things that interest me is the opportunity to connect to others who are my tribe and that is an amazing occurrence. That is where wholeness and healing begins to occur.

So on Sunday, I went to church. And it was still on my mind that I hadn't felt much of anything upon the anniversary.  And then...the song in the Call to Prayer was this: 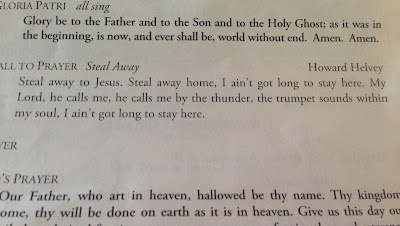 And a few tears rolled down my cheek.

I am connected to my father.

It may not have been the way I wanted but I am.   A lot of my connection is through family heritage with land and trees and ancestors that I love to delve into.  I'm also connected by a history of growing up in the Methodist Church and through hymns and music.  I have very specific memories of standing in the tiny Ethel United Methodist Church on the back left row (!) and listening to him sing.  That is my connection.

So, there we are, or rather there I am!  Not everyone grieves in the same way or in the same time frame. And sometimes, the people whom you want to connect with in the worst way, are not the ones whom it will be.   I can't make something out of nothing.  I can just be me.
Posted by C Golightly at 6:43 AM No comments: 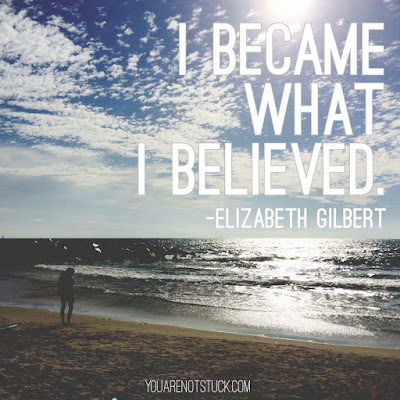 Yes!
This is true.
What you believe, you will become.
I have always lived with fear.
Fear in every thought.
And every thought was so small.
Learning to live with HEART and LOVE now.
Slow painstaking process.
Makes all the difference in the world though.

Posted by C Golightly at 8:05 AM No comments:

And the night before.

What has happened to me???   I have HATED washing dishes from the first time I was asked in the late 70's or early 80's.  Most nights, I will leave items in the sink that I can't put in the dishwasher until the next morning. I don't want to deal with it.

I find I never completely finish the project of cleaning the kitchen.  And my husband will attest to that. There are many activities that I don't finish but that is a topic for another day.

But for the last two nights, I noticed it was actually a calming activity.  (Could it be related to the fact that my youngest daughter had major meltdowns during homework on these 2 nights as well?!)  Time will tell.

I was alone in the kitchen, no distractions and I just focused on washing, and rinsing and stacking to dry. It was such a peaceful process.  I took time with each item until I was done.

I remember Oprah talking to Eckhart Tolle about being in the moment and that is just being with whatever you are doing, in that moment. They discussed walking up stairs and while doing so having no other thoughts about anything else.  It takes practice to do this.  No phone, no worrying about the future, no worrying about the present, no frustrations about the past.  Just thinking about each step as you climb.

This mindfulness "stuff" can really change your life.  I had gratitude for washing dishes.

Namaste
Posted by C Golightly at 7:53 AM No comments: