This Sums It Up! 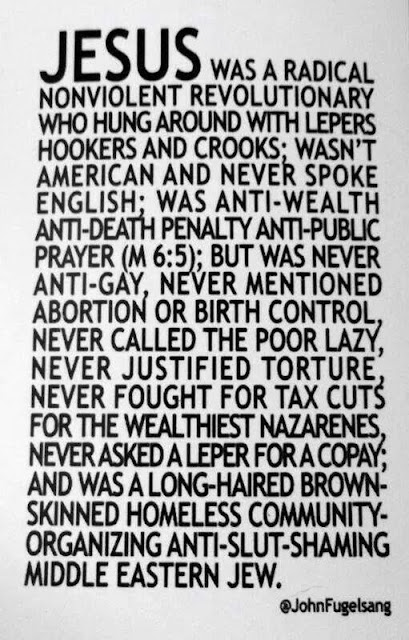 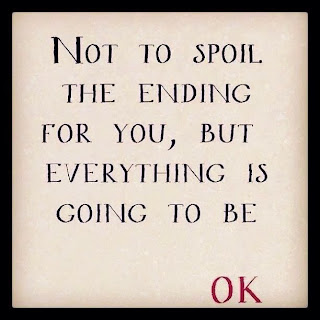 Everything is going to be alright, even when it's not.

If you tell your self it will be okay, it WILL be okay.

Namaste!
Posted by C Golightly at 4:57 AM No comments:

My two cents on Phil Robertson

I'm tired of hearing about Duck Dynasty yet I have to put my two cents in.  I was obsessed for a few days and in shock and dismay at seeing my FB wall blow up in support of Phil Robertson.   I have let everything I have read seep in and lo and behold I have the same exact position that I have come to after years of thoughtful deliberation and soul searching on the topic.  After having posted a few weeks ago of "coming out of the closet" as a supporter of LGBT on this blog...bam, my home state makes national news about Christianity and anti-gay and our Governor throwing in his two cents about First Amendment rights.

Mr. Robertson did not go to jail for his opinions, he was indefinitely suspended from employment by his employer with whom I'm sure there was a contract that had a clause just for this.  It is not a First Amendment issue and Governor Jindal needs to brush up on that one.  I know Jindal is supporting his taxable income from the northern parish.

I don't watch Duck Dynasty so I am coming to know Mr. Robertson by what I read in the full GQ article, and from many testamonials and then I happened upon this video I found from 2010 of Mr. Robertson preaching in Pottstown, PA at a church.

Posted by C Golightly at 5:31 AM No comments:

Coming out of the Closet, Part 2

I love this video!  A friend reminded me of this video when she read about my "coming out" in support of LGBT.
I love that this is about vulnerability and not comparing our hurts.

Posted by C Golightly at 7:02 AM No comments:

Saw Bethenny interviewing Jenny McCarthy.  I haven't figured out what to think of her autism stance.  I think she has some of it wrong but I have not done the research but I do know that she has this next item SO right.  I wrote about reading one of her books, the one on religion and was very surprised to have her describe something that I had learned that has changed my life.  ( I also learned don't judge a book by it's cover!!)

This is very simply how it went on Bethenny's show.  They were discussing being controversial and not having everyone like you.

Jenny says, "I tell Evan (her son), 'When someone says something mean to you, they are kinda feeling yucky inside.'"

This speaks volumes to me.

I know I am my own worst critic, and when I let go of criticizing myself, suddenly the rest of the world looks quite rosy as well.

The two things go hand in hand.  Accept yourself, accept the world around you.  It's such a better place to live.

Namaste.
Posted by C Golightly at 8:22 PM No comments:

I have been hearing this from different sources lately.  We are full of love from the source, our higher power.   Our path to wholeness is coming out of our programming, our thoughts, the stories that we tell ourselves that we are not good enough and what we need to do is go back to where we were as a small child, with free flowing love.

The top quote is THE ticket, my golden ticket to go back to the essence of my spirit of LOVE.  This is the truth for me to follow.  Some hours, days it is harder to get there, but it is always there.  I'm learning to let the feelings flow, the thoughts go and to rewire my programming.  Writing, music, sometimes a comedy or a drama or especially an OWN show, nature, the love of my family, my spiritual formation class,  all help bring me there to see the divine within.  Most of the time, it's me recognizing my own self worth.

Everything is always okay, even when it's not. Christmas is approaching rapidly.  I miss my mother in law.  This is our second Christmas without her.  She loved Christmas and the decorations.  She might forget birthdays but Christmas was her thing.  She liked lots of Christmas nick nacks.  I despise nick nacks and I almost want to put some out despite that fact, but she is still here even without the nick nacks.

My dad is sick and getting sicker bit by bit.  I don't have the same open relationship with him as I did with my mother in law.  As she was dying, she would look at me and say, "Are we okay, you and I?"  And I would say, "we are fine" because we were.  It was an uncomfortable conversation but it was a continuation of openly talking about "things."   She and I came a long way after she moved here and many conversations we would talk and some of the time, agree to disagree, which is a beautiful thing.

With my dad, he is not a talker and definitely not about feelings.  When I went to hug him at Thanksgiving, and as I moved away, he pulled me in again and hugged tighter and longer.   This is as good as it gets.

Everything is always okay, even when it's not.

Posted by C Golightly at 6:22 AM No comments:

I'm Out Of The Closet

I came out of the closet a few days ago.  I was sitting at lunch with some "moms" from our non-denominational Christian school.  I heard words spoken that pierced me and it was about a lesbian choosing to be gay.  I may have misunderstood but I don't think so, because I was not corrected when I spoke up.  I had to interject and say, "Being gay is not a choice."

That's all I said.

But that was HUGE!

Outing myself as a supporter of Team LGBT was a massive moment for me as I have stayed quiet for a long time.  I never felt like it was okay for me to have an opinion.   In order to speak up and say I support gays and lesbians, I had to work through my interpretation from a "Christian" standpoint.  I have been doing that for years now.  What I have been thinking to myself all these years is that if I said something that someone disagreed with, would they stop liking me?  And would I not be in favor with them anymore?

But this is what I have learned, anyone can have their opinion but I can have my opinion as well AND we can still be friends.  It's called "let's agree to disagree."

But maybe they won't be able to agree to disagree and then that is when you bring on the Boundaries and it can be painful that you can't agree to disagree but I'm learning to live in own skin and my own truth and I can't go back now.

And that is also HUGE!

In the car on our way to Thanksgiving, Mallory played "Brave" by Sara Barielles.  Love that song. Here's a little bit...
Nothing’s gonna hurt you the way that words do
When they settle ‘neath your skin
Kept on the inside and no sunlight
Sometimes a shadow wins
But I wonder what would happen if you

Words do settle down in your skin and for many, many years the shadow has won but I'm slowly coming out of that.  Feelings which are blocked energy are coming out left and right for me. I remember when I started crying in yoga and thought what the heck is going on?  Now I revel in the ability to cry as well as to be just curious about the other feelings that come to the surface!

I have no idea how difficult and how painful it is to be a gay person in our society.  I can only imagine what it would be like when just being who God made you offends a portion of society. Then those who fear gays judge, degrade, physically harm and take away civil rights and all while using the bible as a shield to do so.  The bible doesn't say to do that in my interpretation.

I do understand living in fear and not being able to be who I authentically am.  I have read many biographies, watched a lot of Oprah and when a gay person told their story, I identified very deeply with the part of not being able to be true to them self and those around them.

So here it is in my own quiet way, I'm out.  I'm speaking up and I support gay rights!
Posted by C Golightly at 7:10 AM 2 comments: 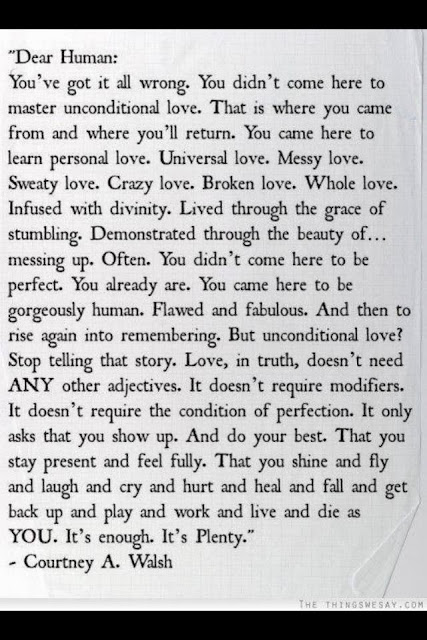 Posted by C Golightly at 7:02 AM No comments:

When we have peace in our hearts and minds, we draw peace into our lives. When discord and disharmony present themselves, we can stand firm. When we let go of the need to prove ourselves, nothing and no one can disturb the quiet and peace of our minds~Iyanla Van Zant 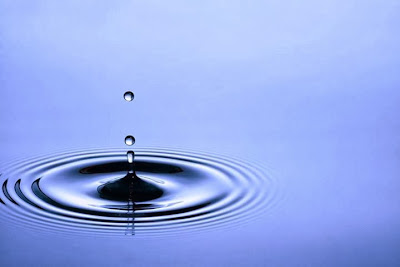 Ahhh, this is so true.  It's a very simple three sentences. But it packs a wallop. And it has taken me a few years to to learn to draw that peace into my life.  First you have to be aware that there is discord.  And I had the same story of victimhood going on in my head, I didn't even recognize it.  Now I do! There had to be significant changes in boundaries and in thought patterns, but I'm doing it and the quiet in my mind is fabulous!

And, letting go of the need to prove ourselves!  Yes, yes, and YES!!!
Posted by C Golightly at 6:36 PM No comments: